Have you been waiting to launch an informational product because you think you don’t have a big enough list? Then it's quite possible you’ve been missing out on sales.

We’ve found countless examples of people creating successful products with less than a thousand people on their lists. Four and even five-figure launches are possible with a small, dedicated group of subscribers.

Some people fear that their audience will shun them if they’re perceived to be “squeezing juice out of the lemon” that is their small email list. But the truth is: if anything, it might help them grow their lists.

Launching an informational product takes some thinking ahead. According to the Harvard Business Review, the number one reason new product launches fail is lack of preparation. So if you do decide a product launch is within the realm of possibility for your smaller-sized email list, you’ll need to get prepared.

What does that preparation look like? We reached out to the experts and the people who’ve done it before. Here’s how content creators squeeze out plenty of juice without ruining the lemon.

Corey Haines already had something valuable in his possession.

As a marketing expert, he would often refer to a Notion document he’d created for himself—a curated list of mental models, frameworks, and principles with little notes to himself.

Sometimes, when Haines was speaking to clients and friends, he would reference this document. It wasn’t too long before someone commented they would gladly pay to see it.

That sparked the idea: Mental Models for Marketing.

Haines purchased the domain, announced on Twitter that he’d launch within a month, and began his outline for the content. It took a few all-nighters, but he hit his deadline and had a successful launch.

In fact, the launch went so well that Haines decided to “rinse and repeat” his success. He created a second course, Refactoring Growth, using the same playbook that this time answered questions customers had about SaaS growth.

To date, each product has produced about $25,000 in sales. Not bad for an email list of 300. According to Haines, there were some important lessons learned along the way.

Haines’ example shows that a huge email list is not a prerequisite for a successful product launch. But an email list is a cornerstone: 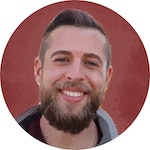 Build an email list. It’s your main “owned” channel, and where people are used to responding to CTAs to purchase.

As a creator, you deserve to get paid for your work. ConvertKit Commerce is ready-made to help you sell digital products.

Get paid with ConvertKit Commerce

Louis Nicholls of SalesForFounders.com had a similar experience: he was already helping people before he ever came up with the idea for a course.

In March of 2019, Nicholls had zero subscribers on any email list. But he was active on Indie Hackers, pitching in to help startup founders with their sales problems.

Like Haines, Nicholls had proof of concept from the outset. Nicholls reports that he was “to the point where I was getting several requests for help/feedback/coaching each week.”

Nicholls decided to turn his insights into a course. He put up a simple landing page and a pre-registration form using ConvertKit. He also created a waitlist so people could get first-look access at a $100 discount. The final piece of the puzzle was a lead magnet, “How to Avoid the 5 Biggest Sales Mistakes Every New Founder Makes.”

The process included minimal promotion. Nicholls posted it up on Indie Hackers and Twitter (with a following of only about 500) and did cold outreach to get guest appearances on a few podcasts.

By the time he was ready for his early bird waitlist, there were 194 people on board. Nicholls created a sequence of emails for this list, announcing the launch.

But Nicholls, focusing on providing value, only included the actual “buy” link on the fifth email in this sequence. He also created exclusivity by reserving only ten places for the initial launch.

He sold everything out on the prelaunch alone.

Nicholls was able to get a fast turnaround by May of 2019 thanks to tools like ConvertKit, Calendly plus Zoom for arranging meetings, and a static HTML page to serve as the launching pad.

Email strategy consultant Samar Owais first created The eCommerce Email Bootcamp with about 190 people on her list. She decided that this small list wasn’t a bad thing: with only 10 students, she could run a beta test to find out if the course was worth pursuing.

Like the other stories on this list, Owais knew there was some demand. Her subscribers, many of whom were copywriters, kept approaching Owais with questions about ecommerce emails.

Owais sent out her launch emails to a few key segments on her list, which included around 130 subscribers. Linking them to a Google Doc sales page for a test, Owais noticed that three people signed up almost immediately.

But that was it.

She’d established enough interest to show there was potential, but not enough to make serious sales. Owais set about growing her list through social media promotions, roughly doubling it with another 130 signups. Before she closed the offering, she’d reach her goal of 10 students purchasing the beta course.

Owais also knew that she’d worked hard to get the right people on her list, and she didn’t want an overly sales-y, pushy approach. 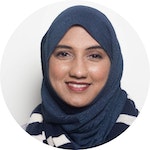 I would mention again and again (even on my sales page) that FOMO wasn't real. If they were short on money but long on time, they could learn this stuff on their own. All my course was doing was shortening the learning curve.

At the end of the day, it was well worth the time. The course yielded nearly $15,000 in gross revenue—in spite of the small subscriber count on her email list.

Erin Flynn of Streamline Design Profit built up an audience of web designers over a number of years. As a web designer, she previously released workshops to explain what she was doing to keep her own business streamlined and organized.

In 2018, she decided to change strategies. She would move Streamline Design Profit from a membership model to a signature course. She knew students who were buying up workshops piecemeal weren’t getting the full picture.

When she launched her new flagship course, she started out with a waitlist. The results were discouraging. Only about 40 people joined.

As it turned out, that was plenty.

In December of 2018, she gave her waitlist about a week to join her new program at the reduced rate of $500. About half of them joined, creating immediate revenue of around $10,000.

This was before public promotion, which she launched in January. When she did, the list ballooned to around two thousand…and the rest is history. 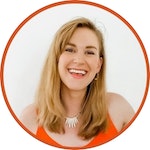 I think the big factors were that my audience already knew the kind of content I made and enjoyed it, as many of those who bought Streamline Design Profit were already customers.

Each of the examples above demonstrates a few common themes.

The key is determining what your audience wants, and then delivering a quality product. As long as you can meet a limited audience’s needs, they’ll be ready to buy.

Are you ready to launch your first digital product? You don’t need a huge list; you just need to take that first step in the right direction. Set up your digital product on ConvertKit Commerce with a free plan and get started today. 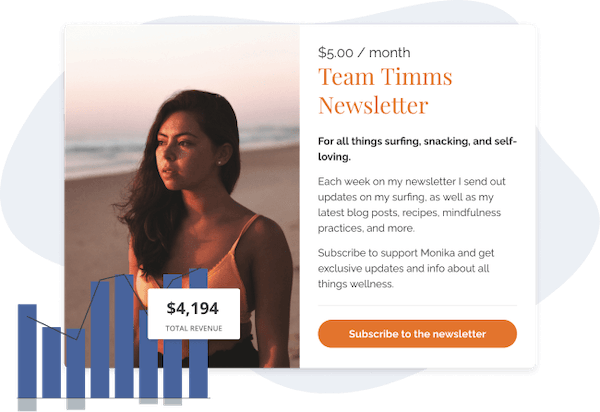 As a creator, you deserve to get paid for your work. ConvertKit Commerce is ready-made to help you sell digital products.

Get paid with ConvertKit Commerce

Kaleigh Moore is a freelance writer who works closely with SaaS companies and marketing teams for content creation.