The Future Belongs to Creators
4 min read
In this Article

Are you new to the world of Twitter but don’t know how to make the most of it as a creator?

Or have you been on Twitter for a while and are struggling to find your people and make an impact? If so, you’re in the right place.

Twitter is one of the most popular social media platforms and a channel where creators can fire up authentic conversations with people across the world. It’s a fantastic place to build personal connections with your fans, reach a new audience, promote your upcoming events and products, and launch campaigns.

Jay Clouse, the host of Creative Elements Podcast, joins The Future Belongs to Creators to discuss how Twitter can help grow a following and connect with the people interested in what you’re creating.

What makes Twitter different than other social media platforms

An earlier adopter of the platform, Jay joined Twitter in 2009. He quickly found that Twitter allowed him to kick-start exciting conversations because of how responsive and engaged Twitter users can be.

For this reason, Jay sees minimal risk in sharing a ‘half-baked’ or undeveloped idea on Twitter. Others will engage with your ideas and provide you with feedback. As much potential as ideas may have for starting robust conversations, it’s also common for tweets to get unnoticed as the Twitter algo’ prioritizes fresh content. But this is to be expected and shouldn’t discourage you from sharing your next idea.

The story behind Jay’s #tweet100 challenge comes from his colleague doing a 100-day challenge creating ceramic mugs. The goal Jay wanted to meet with this challenge was to grow his podcast, so he decided to use himself as a vehicle. He thought that if he constantly got himself in front of people, more people would find the podcast.

This inspired Jay to come up with his challenge idea, which would allow people to check in every day. Within a couple of days, hundreds of people joined the ride.

Twitter is a place where I knew I could do more to grow my podcast audience and enhance my podcast reach.

At the beginning of the challenge, Jay was actively engaging with each use of the hashtag. This engagement led to a snowball effect where other participants began engaging with the hashtag. Over the first 41 days, Jay’s hashtag campaign generated 13,587 tweets by 786 people. This averaged to about 330 #tweet100 posts per day.

Jay started the campaign with 10,314 followers and grew by 748. He wasn’t even the biggest success of this challenge. Some challenge participants grew by nearly 4000 followers during the 100-day challenge.

When you tweet more, you’re going to get more impressions, more views, and more followers.

Show up and show value

How does Jay show up for #tweet100 participants beyond simply engaging with their tweets? He introduced a four-day email onboarding series that equips them for success during their 100 days of tweeting.

Participants who sign up for the challenge will receive a welcome email with a link to the leaderboard. This reinforces the genuine value proposition that this challenge is about growth and getting your ideas out there.

On the second day of the onboarding sequence, Jay shares four helpful tools that he uses for Twitter. These tools are:

On day three, participants receive an email introducing them to Jay’s podcast episode with Dickie Bush and David Perell. Then on the fourth day, participants are invited to support the challenge through an optional donation.

If you want to bring people together around a common interest, Twitter is a great place to cultivate a brand community. As a creator, you can harness this platform to start worthwhile conversations and grow an authentic following.

The biggest takeaway here is that if you consistently get in front of new people and show value, they will stick around. 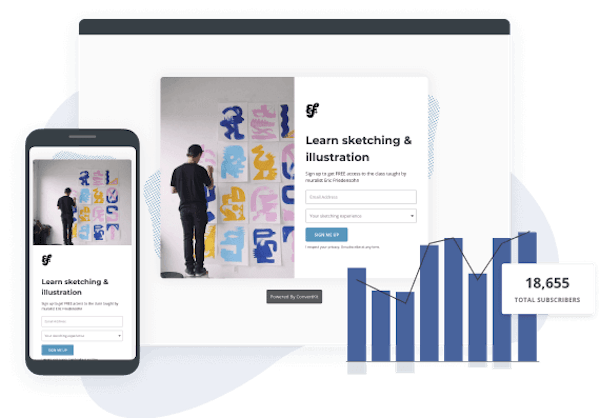 How to find partnerships that scale your creator business
< Previous Article

How to be more confident on camera for content creation