Do you ever feel like what you’re working toward is just impossible? That you lack the motivation, information, and (for the sake of the alliteration), consternation to make it actually happen?

Joel Runyon felt the same way not too long ago he decided to change all of that.

I started Impossible in 2010. I worked on it as a blog for a long time before ever trying to turn it into a business. I spent about 2 years working at agency day jobs from intern-level to marketing director and eventually managing ad spend accounts on companies like Camping World (Marcus Lemonis from the Profit) and other large online businesses.

After getting worn down in the agency world and tired of making a lot of money for other people (that I didn’t get to see), I decided to quit my job in late 2011. I had been freelancing as a ppc marketer for a little bit, so I had a little monthly income coming in already (~$1,200/month), and some money saved up (maybe $10,000 or so)  and figured that it was enough to cut costs and scrape by for a few months while I figured out my own thing.

I moved to the Dominican Republic for 3+ months because I had a friend there and it was really cheap. The ticket was like $200 and my share of a 3 bedroom apartment was $100/month. I used the 2-3 months to baseline my expenses and start scaling up my business.

I started my second site – Ultimate Paleo Guide – there in 2012 as I saw an opportunity in the paleo field and I was getting bombarded with questions about it on Impossible. I knew that Impossible was more than just a paleo site, so I decided to build another site just on that topic. Later that year, the entire site blew up and I haven’t looked back!

ConvertKit powers both of Joel’s businesses, but the driving force behind both today is Ultimate Paleo Guide. So I asked Joel to share a bit more about that business. Of course, the number one question everyone wants to know is:

“What does a successful person like you do first thing in the morning?”

I usually get up around 8-ish and try to bang out my important tasks by 12.

I take a break & have a call usually at 1pm which is a nice mental break from just staring at the computer.

From there, I lay out my tasks for the second part of the day and try to attack it in 2 hour blocks. I try to break at 7pm or so to go workout & run and defrag my mind.

Since Ultimate Paleo Guide has a clear mission, products and services flow from there. Early on, Joel identified that people want done-for-you meal plans and are willing to pay for it if it works. So Joel obliged his audience with meal plans and they took off.

We’re specifically focused on growing our meal plans over the next few months. It’s a great business for us and lets us invest in the people who are really dedicated to making changes on paleo & making them stick.

There are over 500 subscribers for that service and growing rapidly. This was a 5-figure, monthly recurring revenue business in the first year of it’s existence. Monthly revenue for us was a game changer and something we’re really happy we’ve built.

That said, we also have a 21 day paleo challenge and a paleo weight loss guide we sell individually. 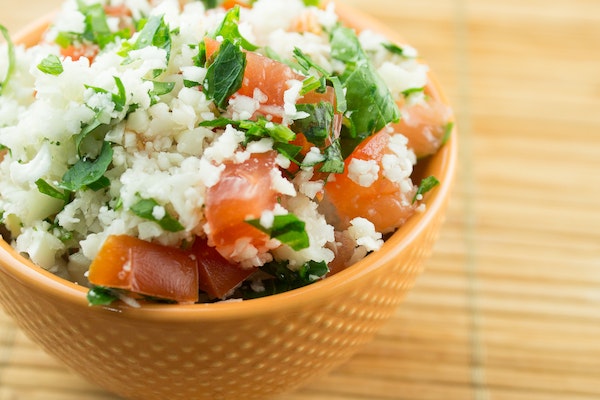 But stopping there wasn’t for Joel.

Over time I developed frameworks for thinking about business ideas & opportunities & process for testing them.

Once I figured out how to 1) identify opportunities and 2) test them – I started trying out a bunch of different things and found out quickly that not only is it possible to make money online, but it’s not nearly as hard as people make it out to be.

So now Ultimate Paleo Guide has a paleo food list app and a paleo recipe app that do quite well and rank in the top 20-30 apps in the iTunes Fitness section. In fact, they’ve been downloaded 100,000+ times. The apps range from .99 cents to $2.99, so you can do the math on the revenue Joel sees from those.

They also have several smaller sites about various topics: Paleo Breakfast Recipes, A Simple Food List, Paleo Recipes, and a broader site about their paleo organization.

As a brand (notice that: Ultimate Paleo Guide isn’t just a blog, but a brand) the focus is to build resources that are well researched and interesting to read along with tools that make the information easy to implement. As Joel says, “That 1, 2 combo has paid off really well for us.”

All of these products beg the question: “Do you do this alone, Joel?” 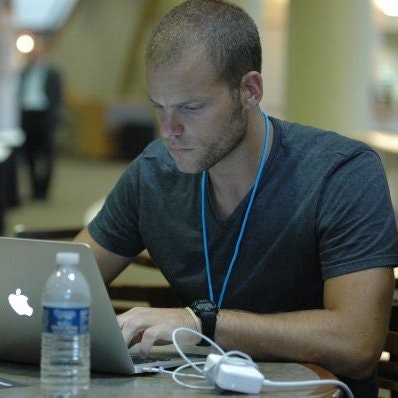 Absolutely not. I’ve got a great team that’s consistently growing. We have a content manager, a couple of writers, a nutritionist and a developer who help us grow. And it’s all because of the recurring revenue model.

It’s been a complete game-changer and helps us plan growth and build a team since it gives us something to work off of. It helps us provide a better product, build better systems and grow our team in a way that we weren’t able to do so before without having predictable revenue.

After everything Joel’s learned and experienced shaking off the Impossible, his top advice comes down to the basics.

The best advice for blogging is to just get started already. I’ve written a starter blogging guide which has helped a bunch of people do this already (especially with the basics).

The best part of blogging is that it teaches you how to think. It teaches you how to express yourself clearly & communicate well. It was 2 years before I made any money from blogs I started – but the two years prior to turning a blog into a business – I was becoming a better writer and learning how to craft content that people actually cared about and might even pay for. The sooner you get started – the sooner you’ll succeed.

If you want more advice or experience rants, I’m also starting a small project called Start A Blog TV where I’ll give out more tips like this (with lots of videos to come soon).
Thanks, Joel. You really help us feel like it’s not so impossible after all.

Val is a yogi, mom, military wife, and avid podcast fan. She is ridiculously obsessed with sharing and creating content that actually makes a difference in the world, connecting with her fellow bloggers, and doing more with less effort. Val is based on Columbus, Ohio (O-H!) and can often be found oversharing on Instagram at @lovevalgeisler.

How To Build a Loyal Audience to Generate Inspiration From Within Your Community
< Previous Article
How Bloggers Earn a Living: Chris Guillebeau