The responsibility a creator has to do right by their audience

Chances are, you began creating for yourself.

Your work was a labor of love and touched people as a result. But now that you’ve got an audience who tunes in daily or checks your feed every few hours, who are you creating for? And how must your mindset shift now that people are looking to you for advice and inspiration?

As a consumer of content and also as a creator, you have to be mentally prepared for, not just what you’re receiving, but how your work is received. You need to iterate on that, learn from it when possible, and then use that to get better at what you do.

Let’s dive into the responsibilities we have as creators and how taking responsibility for past slip-ups can help your audience trust you.

The responsibilities of a creator

If you’re making a living as a creator, then you probably have an audience. And they probably like you enough to follow you and listen to what you say. But guess what? Your words have power. When you’re creating and putting things out there, you’re not just shouting into a void. You’re affecting the lives of your audience.

And it’s up to you to use that power wisely.

Your audience is giving you the most valuable resource out there—their time and attention. So you have the responsibility not to waste that. How? By working hard and preparing your content.

Look, we get it. Some people out there aren’t so scrupulous. Some creators start recording a video with zero prep. Some just wing it. But we think that’s being a lazy creator. And that’s a violation of the bond between creator and audience. We believe you have to value your audience and value their time. Creators have a responsibility to give it their all.

2021 has been full of hot takes on controversial topics. Understatement of the year, right? Everywhere you look you can see dangerous theories being spouted by so-called influencers online. These creators are really good examples of how not to do it.

Respect your audience, respect their time. Offer value, because it’s the right thing to do.

Haley Janicek, executive producer at ConvertKit, books quite a diverse group of artists on her show, Creator Sessions. They share their stories, perform their art, etc. It can, however, get pretty intense. Performance Painter Pat Casso came on and ended up painting a noose as part of an anti-racism statement. 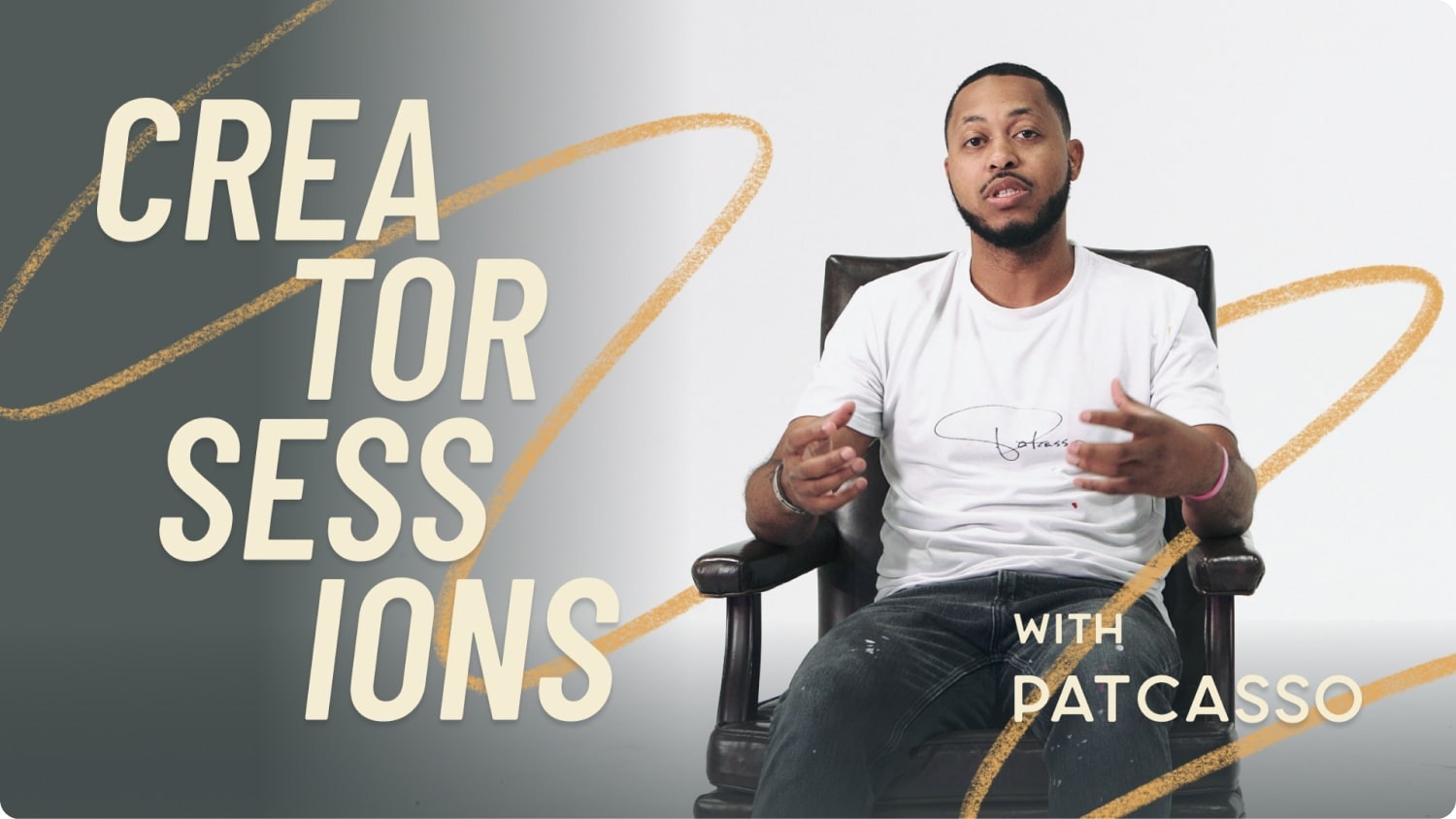 The only thing we recommend is: be careful.

When you’re inviting someone on your show or podcast, you’re endorsing their message—whether you agree with it or not. You’re giving them a space to speak, and you’re basically co-signing on whatever they say or do.

So push back if you need to.

You don’t have to see eye to eye with everyone on everything. And it’s OK to challenge people’s opinions. It’s OK to show the other side of the coin. If someone says something that’s wrong or you disagree with, ask them to unpack that. Because if you don’t, your audience will think you agree with them.

Whatever your guests say, you own. That’s the responsibility you have as a creator and someone who has given them a platform.

Another concept we like to emphasize is: do no harm.

Simple, right? But no topic is created equal. If you’re running a podcast about house plants and you mess up on your research then you’ve likely killed your audience's jade plant. It’s not ideal but it’s not exactly shifting the Doomsday clock forward one minute.

But if you’re running a channel about politics, like the wonderful Sharon McMahon, then that’s a different kettle of fish. She educates her audience about politics and government. So if she messes up or gets her research wrong, it’s a lot more serious of a problem.

So watch what you say and be aware of the sphere you’re operating in. If you’re talking about politics, race, gender, or any other serious topic with real consequences— you really owe it to yourself and your audience to do the research and be aware of the power of your words.

But it’s not a one-way street.

Your audience is made up of intelligent human beings with the responsibility to do their own research instead of just blindly trusting the word of one online influencer. All because you, or anyone, says something online doesn’t mean that it’s true. The final responsibility for fact-checking is on your audience.

So far we’ve emphasized doing your research, offering value, and doing no harm. But mistakes happen. And if they happen to you, you need to own that and apologize.

Your audience should understand you can be mistaken about something like the rest of them. Even those with the best of intentions make mistakes. And reminding your audience that you don’t know everything will make them more likely to listen.

What if you’re not an expert on a topic and you still want to talk about it?

Well, share what you know, and tell people the limitations of your knowledge. You have to resist the urge to be seen as an all-knowing sage. Research shows if you’re willing to point out your lack of knowledge it creates trust and people listen to you more.

You can be an expert on one topic but still not have every answer. Those who can criticize themselves out loud tend to be more respected. That makes people want and desire to follow them.

If you’re not a guru you can be a guide.

Take a look at Steve Ramsey, an expert woodworker.

Once upon a time, he ripped on a particular tool in his video and got a lot of backlash for it online. But instead of digging his heels in and being stubborn, he thought to himself—OK, I might be wrong about this, and tried it again.

He went out, bought the tool again, and put it through its paces. Steve came to realize that he was actually wrong about it. Not only did that furnish him with enough content for another video, but he also got to build trust with his audience. Being open-minded about past opinions, and being willing to change them really worked out for him.

Can you be a creator without the responsibility to your audience?

Sure. It’s possible. But it’s not right.

But we can’t condone that.

If you’re a decent human being with a sense of responsibility to your audience then you have a duty to research your content and nurture your audience. You have to own the consequences of whatever you put out there in the world.

It’s the 21st century. Most people have access to a smartphone and can speak freely and put whatever they want online. But you have to own whatever comes from that. You can’t stay disconnected from the consequences.

The choice is yours.

A lot of your biggest fans hang on your every word. They’re waiting patiently to consume your content. If that’s something you care about then you know what the right thing to do is. So take responsibility for what you put out there. Make sure that you do the necessary research and preparation, and above all, do no harm.

Can you be both a generalist and a specialist as a creator?