Hiring your first employee: Everything you need to know

Hiring is scaling. It sounds obvious enough, but you don’t want to scale something that doesn’t work!

When you scale something that doesn’t work, you turn a small problem into a big problem.

Delegating is good, and overcoming superhero syndrome is essential. But if you delegate the *wrong* things at the *wrong* time, you will go out of business.

Remember going to the beach as a kid?

When you wanted to build a sandcastle, you grabbed a bucket to collect some water from the ocean. The sand needed to be damp so your structure would hold together. So when a fresh wave came in and you scooped up a nice bucketful of salty water.

By the time you made it back to your construction site, you noticed that almost all the water in your bucket had disappeared!

It was only now that you realized your bucket had several holes at the bottom. In fact, *all* of your buckets were full of holes! You decided to splash what was left of the water on the sand and make do. At least you could get started.

As your first sandcastle came together, you got excited. It was so rewarding to see your vision come to reality. Your plans expanded. Soon, one castle wasn’t enough. You wanted to build a moat around the castle—and a small city outside the moat! 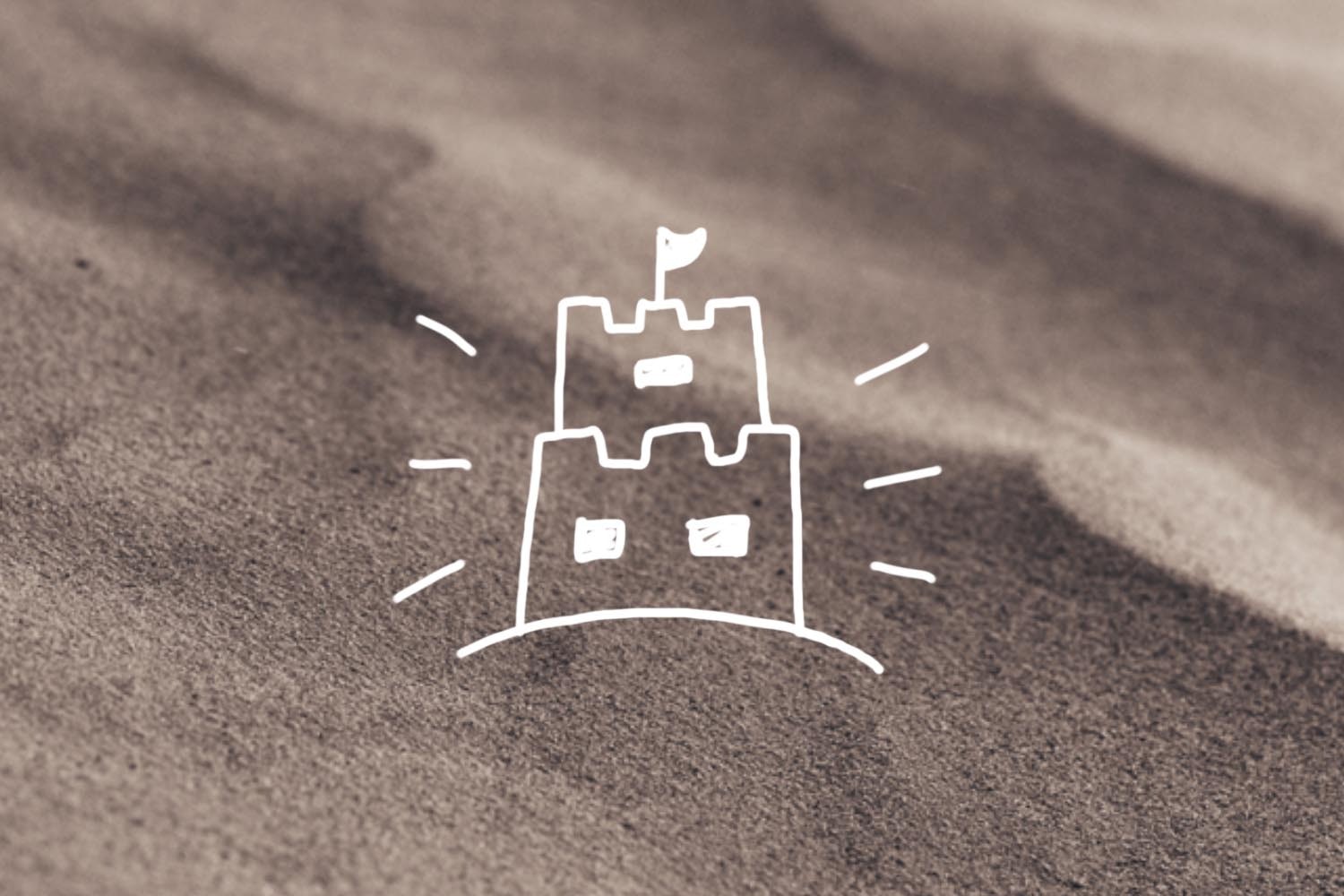 Some nearby kids were drawing in the sand with a stick. You couldn’t quite make out what they were creating, but you knew it couldn’t be nearly as interesting as the empire you were building.

“I bet I could recruit them,” you thought.

After motioning to them, they came over. You shared your grand plans and pointed to the buckets. Your new workers promptly rushed off to collect water.

A few moments later, they came back—giggling and splashing most of what small amount of water was left in the buckets.

“You’re wasting the water! You need to be more careful,” you said.

“Well, it’s hard! We can hardly make it back here before most of the water falls out of the holes in the bottom.”

You were not pleased.

The other kid chimes in, “Hey, what exactly do we get out of all this?”

Suddenly you realize the predicament you’ve gotten yourself into. Not only do you still have no water for the sand and multiple leaky buckets, but now you have two workers demanding compensation for their efforts!

Just because their efforts didn’t produce any positive results doesn’t mean you don’t have to pay them. After all, it wasn’t their fault you used them to scale a broken system.

Five things you must know before hiring your first employee

Fixing that broken system involves many different aspects of your business. And even though you’re eager to grow your business as fast as you can, it’s more important to grow it the right way.

Today I’m going to help you find out what that right way is by thinking about your daily work and most importantly, your finances.

I started hiring nearly eight years ago and I still feel like I’m figuring it out. I’ve made so many mistakes along the way—things I wish I didn’t do—and I’m here to imagine I’ve gone back in time to give advice to myself.

These are the questions I wish I’d asked and the things I wish people had told me. Sadly, no one told me these things and I had to learn them the hard way. Hopefully I can save you some time and heartache!

When you hire, you’re scaling what you’ve built. And if there are problems with your business model, with your process, or with your tools, you will scale those problems too. Adding more employees at this point will only mean you have a bigger problem.

You need a business that works before you hire. 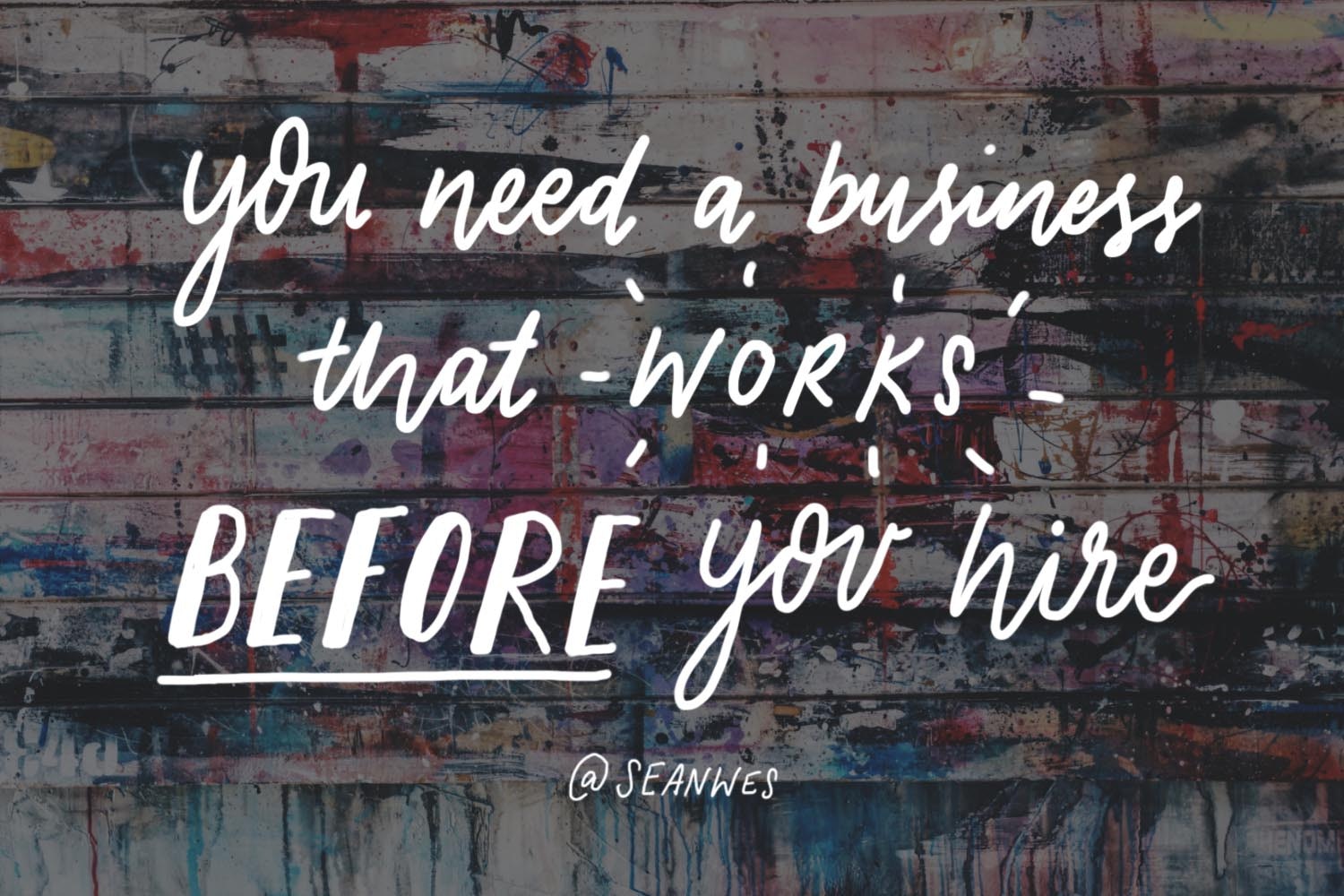 Inefficiency at scale can be disastrous.

Here are some questions to ask yourself:

Think about how you make money right now.

How do you actually make money right now?

If you don’t know the answer to that question, you’re not ready to bring someone else on. To hire someone now would be irresponsible. You need to figure out how you make money now. Once you know the answer to that, the next step is to get six months of this person’s salary in the bank. This cash runway is critical for your first hire.

If you do not yet have six months of cash in the bank, I have good news—you know exactly how to do it: Do more of what works.

However you’re making money now, do *more* of that. Minimize expenses, optimize your processes, and start saving. If you don’t have the cash, you can’t hire on hope.

Be patient. I know you’re eager to rush this, but if you do, you’ll run yourself and your business right into the ground. It’s worth doing things in a sustainable manner.

Create processes for everything before you hire your first employee

Everything you do in your business needs to be documented (that means *written down*). If you haven’t written down your process, you don’t have a process.

It bears repeating: every single thing you do needs to have a written, step-by-step procedure that anyone can follow. The level of specificity you need in your processes should be such that any random person could follow the instructions and produce the desired result without any additional input.

Not only do you need written processes for everything you do, but you will also do this for all of the things your employees do.

If you do not have written processes, you are not ready to hire. It would be irresponsible to bring someone into a job where what they need to do, how they should do it, and what success looks like is not documented.

Yes, by documenting to this degree, you are essentially making everyone expendable—including yourself. That is the goal.

Figure out what to delegate by asking three questions

Once you know you have a solid business model that works (and you understand how you make your money), then it comes time to begin delegating some of the things you do.

How do you know what to delegate?

Here are three questions to ask yourself:

The first two questions are easy to answer. We all know what we can’t and don’t like, to do.

But let’s take the third question a step further:

What are the things you may like doing—and may even be able to do well—but know you shouldn’t be doing?

The only two things you should not delegate are voice and vision. In most cases, the task at hand is not critical to you specifically. There are very few things that only you can do, but those two are important. You shouldn’t delegate your voice and you shouldn’t delegate your vision. Everything else can be handed off, but the message and direction for your company need to come from you.

The thing I needed to hear most, many years back, was to be disciplined. You may have people you want to hire, but if you don’t have six months of their salary in the bank, you’re not ready. You don’t have a runway.

I’ve made this mistake. I said, “If I hire more people, they’re going to make me enough money to be able to afford them!” That’s a huge mistake. You need to earn the right to play the long game.

Even if you have enough money to pay an employee’s salary for one month right now, that’s not enough. If you’re going to pay them $5,000 a month and you have $7,000 in cash, you should not hire them. You need a longer runway.

When you hire someone, you need to invest two things:

You will not get a return on your first employee immediately. This is why you need a runway (cash in the bank). You need the discipline right now to do more of what works until you build up your cash reserves.

Cash is the lifeblood of your business.

Take the amount you want to pay your first employee per month and multiply it by six. That’s the amount of cash you need in the bank before you hire them.

Now, some business models, such as SaaS, are more robust and predictable than others. Depending on how you make your money, the “six months” figure could be brought down a little bit. Eventually you can reach a point where you might be able to justify having only a couple months worth of their salary in cash because your revenue is extremely predictable.

However, for your very first hire, I would strongly recommend the six months figure. First, the discipline is good for you. Second, you don’t want to be in scarcity when you’re trying to train them and build out your processes. Having six months of cash in the bank before you allow yourself the privilege of hiring will ensure you have the peace of mind to focus on making the kind of big-picture decisions you need to make when it counts.

Remember the six months figure? This number is what I call “The New Zero.” Pay your expenses, and put any extra money you make into the bank. The New Zero is half a year of expenses saved in the bank.

If you have less than six months of expenses in the bank right now, you should think of yourself as being in the hole or in the negative. The idea is to create a sense of urgency for yourself. Let this fuel a hunger and drive within to create financial padding for yourself.

If you're worrying about having enough money to hire, you'll love my new book, Overlap, where I go in depth on this concept of The New Zero. I talk about building up a financial foundation before growing your business (this is the complete opposite of “taking a leap “ and hoping for the best).

In it, you'll learn how to:

The book launches September 14th, but I’m doing something very special: I’m giving you the audiobook for free when you visit OverlapBook.com before September 13th. After the launch, I will be selling the audiobook, so I hope you take advantage of this incredible offer while it lasts!

Get the Overlap audiobook today!

Sean McCabe writes over a million words a year. He is the author of Overlap: Start a business while working a full time job. Sean has helped tens of thousands of students with his courses on copywriting, client work, pricing, and marketing. On a daily basis, he runs seanwes.com: a learning community for entrepreneurs looking to do fulfilling work.

Online business insurance & why It matters for entrepreneurs
< Previous Article 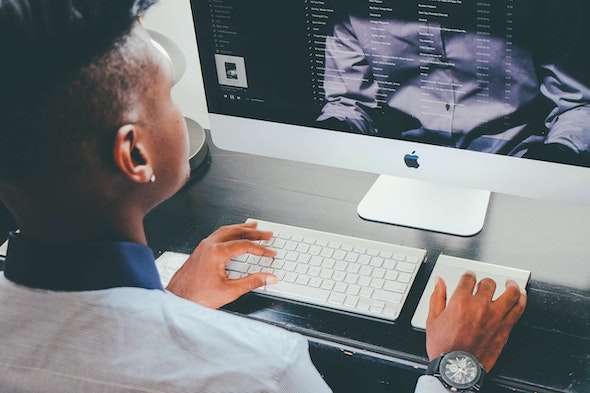 How to turn a successful blog into a growing software company