How to raise money for your next album

Even though it’s easier than ever to get professional-sounding recordings from the comfort of your own home, most musicians still prefer to record their full-length albums in professional studios.

There are a few reasons for that.

For one, a professional studio is a neutral space designed to foster creativity. They also often have access to tens of thousands of dollars worth of professional microphones, rack-mount effects, plugins, and other types of gear that most of us could never dream of owning on our own. For a daily fee, you get unlimited access to that gear and usually an engineer who knows how everything works.

Let’s talk about that fee. A well-rehearsed band can take a few days to record an album. For most, it takes longer. That daily fee adds up—and the costs don’t stop there. Where does this money come from? Unless you have label support, you’re going to need to raise it yourself. And, in this article, we’re going to show you how.

How much money do you need to record an album?

Before understanding how to raise money, you need to have a realistic and attainable budget in place. It’s better to have more money than less, but that you can also raise more money throughout the recording process and beyond. From rehearsals to promotion costs, here are a few things you should budget for.

If you’ve watched the documentary Get Back, you’ve seen The Beatles write and rehearse in the studio. While that’s something studio owners are more than happy to have you do, it’s more expensive to nail down the details in the studio than it is to have everything you want to be recorded figured out and practiced beforehand.

That’s because a studio’s day rate is probably equal to or greater than an entire month of your rehearsal room space. But you don’t have to commit yourself to writing in your rehearsal space if you don’t feel inspired there. Instead, you can budget money for a getaway in a cabin, a beach retreat, or anywhere that could get your creativity flowing. Just make sure they’re okay with you bringing instruments.

Even if you’re in a band, there are likely other musicians you’ll have to hire for your record. For example, you might decide to hire a cellist, harpist, or even some horns players to fill out your recordings. Every freelance musician has their own hourly or day rates, but the American Federation of Musicians has recommended scale rates to help you budget in advance.

You’ll also need to hire an engineer so you can focus on the music while you’re in the studio so you don’t need to worry about patch bays and mic placement. Most studio rental rates come with one engineer, but you'll have to pay extra if you want a second engineer to speed things up.

When it comes to the actual recording process, studio time and its related expenses are the biggest things you need to budget for. This includes renting the studio, renting any additional equipment, lodging, meals, and more.

When you’re shopping for studios, price isn’t everything. Cheaper studios might not have as much gear in-house or provide an engineer, meaning you’ll need to pay more to rent things that you need as well as add on the engineer fee. A more expensive, well-stocked studio that includes an engineer who knows their way around can save you time and money in the long run.

Recording studios will either charge by the hour (typically with a 3-4 hour minimum) or the day. Prices will vary by region and the individual studio between $50 and $500 per hour. A mid-level independent studio might cost around $350–1,000 per day, including an engineer.

As for how much studio time you need, it depends on how well-rehearsed your band is, how many overdubs you’ll need to record, and how experimental you want to get in the studio. If you plan on doing much of your tracking live with few overdubs, you can probably record a full album in two days.

You can reduce your costs and time by doing your main tracking in a studio and saving overdubs for additional sessions in smaller studio rooms, which are less expensive, or your home studio.

Mixing and mastering costs are relatively standard, but can still range from $150 to $700 per song. Approximately $100-$500 is the mixing cost, whereas mastering costs just $50-$200 per track. Some studios might bake a mixing cost into your daily fee, but mastering is typically its own service.

Unless you have a label, you’ll have to cover costs related to distributing and promoting your record yourself, and now’s the best time to start thinking about the cost of pressing your vinyl, hiring PR, and more. Here’s what those costs can look like:

Add that all together, and you can see why many artists look for labels to bankroll their records, giving up equity in their own music in the process.

Even if you write and rehearse in your own space and don’t rely on other musicians, three days in an intermediate studio plus mixing and mastering of ten songs, printing 200 copies of your record on vinyl (100 on CD and cassette), plus promotion could cost around $14,000, likely more.

Start a band fund and ways to raise album funds

So, you play a gig, sell some shirts, maybe even get some tips. What do you do with the money? Instead of taking money to put in your pocket after shows, streaming or from merch sales, invest it in a band fund for your album release.

Here are a few other ways to add to that band fund.

Crowdfunding is the process of raising money for your project by having your fans directly invest their own money. Typically this is done in a tiered fashion, where different tiers have different “reward” levels. Here are some examples of crowdfunding tiers:

Kickstarter is the most famous way to run a crowdfunding campaign, but you can cut out the middleman, reduce the fees, and remove the risk that comes if you don’t reach your Kickstarter goal by using ConvertKit’s commerce features. You can set up different tiers for fans to pre-order your album before you’ve even started recording. All you have to do is create a new product for each tier with ConvertKit Commerce.

Fans will tip you at shows, so why not keep the tip jar open 24/7? ConvertKit’s Tip Jar enables you to collect donations from fans whenever the urge strikes them. You can add a link to the Tip Jar in each email, embed it on your website, add it to your social profiles, and more. Be sure to call out your Tip Jar periodically to encourage fans to give and remind them that their donations make a huge impact on your career. Check out how Musician Jennifer Skaw uses Tip Jar to give her fans the option to help her fund her next album.

You don’t have to rely entirely on your fans and active musical income to raise money for your album. There are local and international grants for artists that you can apply for to help fund your creative projects.

Conditions vary, but grants generally offer much more creative freedom than record label funding. Not only do you retain all rights and income related to your creative work, you’re encouraged to create without worry that a record label executive will shelve your work if they don’t feel it’s “commercial” enough. 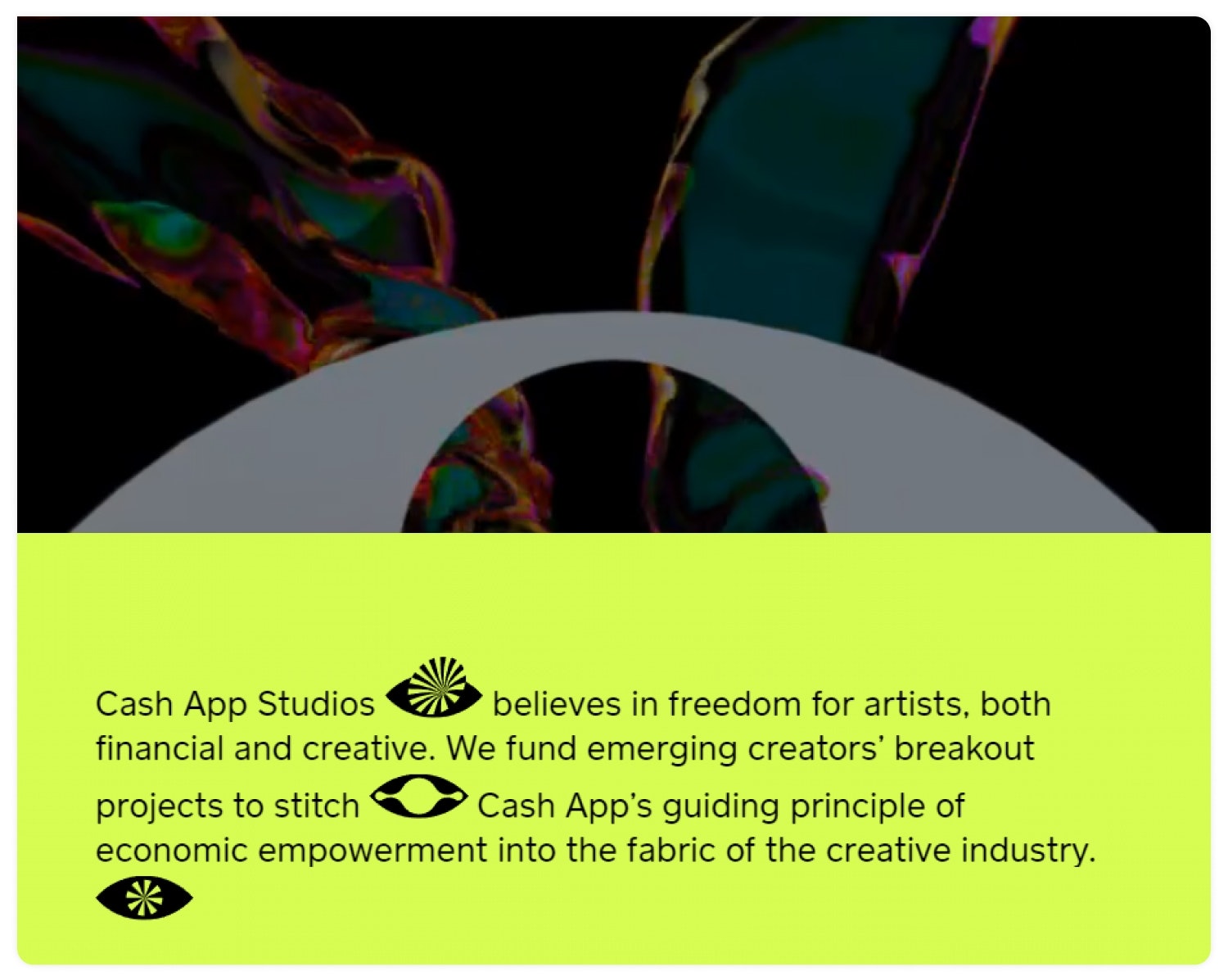 For example, Cash App recently launched Cash App Studios. Their goal with Cash App Studios is to “fund emerging creators’ breakout projects” and empower creators. Though Cash App hasn’t published information on how much money they’ll invest or how many grants they’re providing, it’s just one opportunity available for musicians.

As musicians, we often have at least a few pieces of gear we don’t use quite as often as we mean to—if ever. Perhaps you got a new Fender Player Plus Nashville Telecaster, and now you don’t find yourself playing your old Squier Classic Vibe Stratocaster. Or maybe you upgraded to a fancy new MIDI pedalboard rig to more easily switch between different sounds between songs, leaving you with a bunch of analog guitar pedals you don’t use anymore.

Recording an album is a great time to go through your gear to see what you really need and what you can do without. But if you’re sentimental about your gear, you can use your knowledge of the marketplace to find great deals on used gear and flip that equipment for a profit.

Record labels famously offer artists advances to record their albums. An advance works like an interest-free loan, where you get a sum of money that you pay off against future revenue streams. With a record label, you have to pay off your advance and any money the label puts into your release before you see money from your record sales.

With artist royalty loans, like those offered through Lyrics Financial, you can get an advance against future mechanical, performance, and synchronization royalties from your original works. It’s important to note that you’re not actually giving up the rights to your music—you retain100% of the actual copyright to your music.

There is a catch. These loans are only available for those who make $5,000 or more on royalties annually. Ultimately that’s a good thing. However, if you make less than that per year in royalties, paying off your advance would take a long time.

Other ways to make money online

You don’t need to crowdfund, ask for tips, apply for grants and loans, or flip gear to raise cash for your album. There are dozens of ways musicians can make money via the internet, including offering lessons, offering virtual session work, and more.

If you’re looking for other ways to add to the band fund without setting foot outside your house, check out our article about how musicians make money online.

Making a record can be done on a budget, but it’s still an expensive endeavor. Suppose you want to book a professional studio, hire other professional musicians and engineers, rent expensive microphones, press your album on vinyl, hire a publicist, and more. In that case, you’ll need to budget for that. Thankfully, between grants, crowdfunding, and other revenue opportunities, it’s easier than ever to fund your own album—even without financial support from a label.

Looking to get started? Sign up for ConvertKit’s free trial and dig into its eCommerce features, including Tip Jar, Visual Automations, and other tools for musicians.

Emily grew up in the rural outskirts of Cincinnati, OH before moving to Nashville, TN to study Music Business at Belmont University and work in live events and ticketing. In 2015, she moved to the Pacific Northwest where she writes SEO-driven copy during the day and works as guitarist, guitar podcaster and music gear demo artist for Get Offset at night.

How musicians use TikTok to grow their fanbase
< Previous Article

How a flywheel model can help grow your creative business